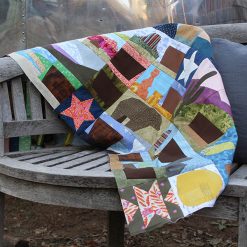 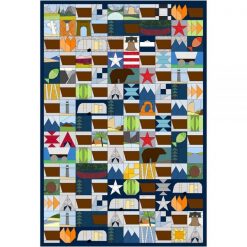 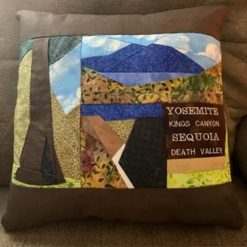 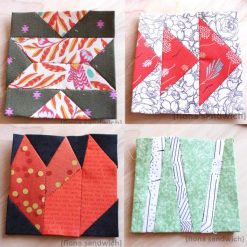 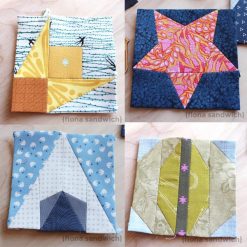 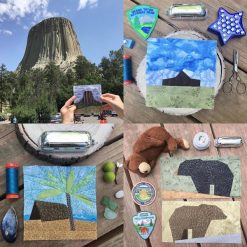 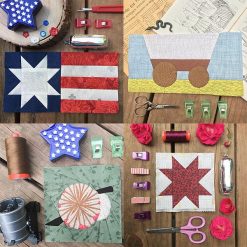 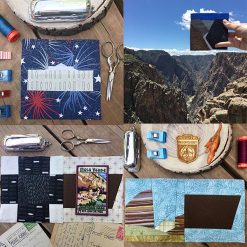 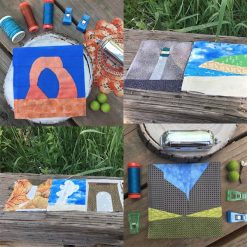 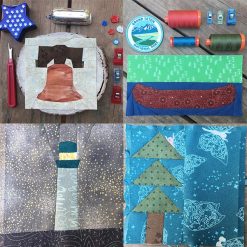 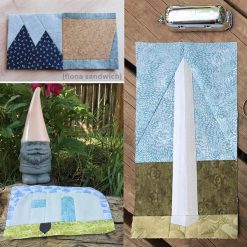 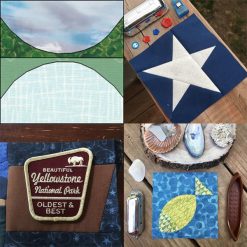 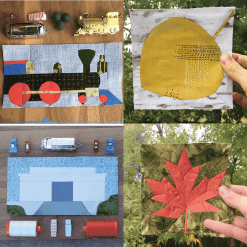 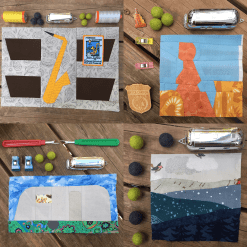 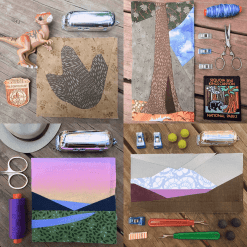 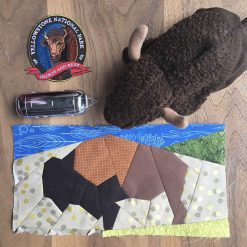 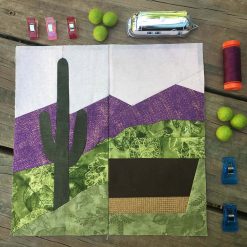 Beginner Friendly.  Even if you have never used English or foundation paper piecing (or have struggled with either in the past). REALLY!

What you get in this library:

– 60+ patterns that make more than 200 of 419 US National Parks, and many in Canada! That makes each pattern less than $1!
– Sample block ideas to stimulate your creativity!
– One time purchase, with new blocks added to this purchase at no additional charge.
– Printable from any home computer on 8.5×11″ paper. Instant gratification!
– Membership in a quilt along group! Get inspiration from fellow quilters!
– BONUS: Lifetime access to any blocks added to the library!

Let your creativity run wild with the National Park Block Library. Pick one of the 60+ patterns…sew it up and a “National Park sign” block, stitch them together…add an embroidered patch to the sign block, and you have a ‘postcard’.  Sew the postcards together to create a quilt, pillow, or whatever you’d like and snuggle under your own National Park quilt! 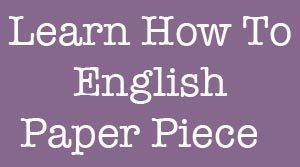 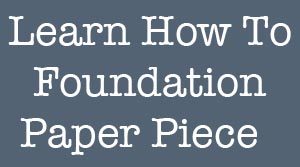 Do you remember the first National Park that took your breath away?  Or the one where you found yourself?  Or the one that you saw something you never expected?  You can put all those memories and experiences into a National Park quilt! (Or create a bucket list quilt with the National Parks you want to visit….there ARE over 400 sites in the United States National Park System!)

This pattern is beginner friendly! There are many quilters who have never foundation or English paper pieced, and they are having BEAUTIFUL successes.

Tailor the blocks to resemble different aspects of parks.  Sample block ideas to stimulate your creativity:

– Aspen trees for Parks like Yellowstone, Acadia, Rocky Mountain National, Grand Teton…
– Squash Blossom or Teepee to honor the Native Americans.  Parks like Mesa Verde, Capital Reef, Chaco Canyon…
– Pine Trees for parks like Acadia, Rocky Mountain National, Glacier, Banff, Grand Teton, Olympic…
– Ohio Star for parks like Homestead, Parks along the Oregon Trail…to resemble the sun
– A Star for Dark Sky Parks, or for coastal parks with sea stars, like Olympic, Alcatraz, even state parks (no need to limit yourself!!)…or patriotic parks like Mount Rushmore, Betsy Ross house (this ought to be a park!)…
– A teepee for parks with nomadic Native Americans, like Bents Old Fort, Mount Rushmore, Sand Creek Massacre…
– 54-40 block for James Polk Birth home, parks along the Oregon Trail…
– A campfire for your favorite place to have a campfire…or pair it with a star for Paul Revere’s home, or the Statue of Liberty.
– A cactus for Saguaro NP (yes, this isn’t a saguaro cactus…), Death Valley, Mesa Verde….
– A canoe for Voyageurs, Yellowstone, Grand Teton…
– A cannon for battlefield or fort sites….
– A bear for any of the 142 sites with bears!

In the National Park library you get:

– 60+ patterns that make more than 200 of 419 US National Parks, and many in Canada! That makes each pattern less than $1!
– One time purchase
– Block ideas PDF included to help you decide what motifs to use for different parks.
– BONUS: Lifetime access to any blocks added to the library!
– New blocks added to this purchase at no additional charge.
– Printable from any home computer on 8.5×11″ paper. Instant gratification!
– Membership in a quilt along group! Get inspiration from fellow quilters! 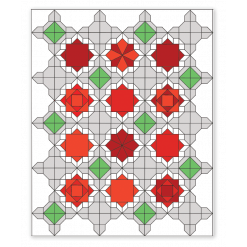 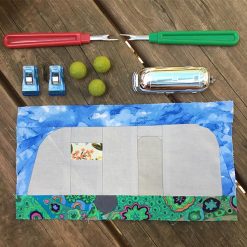